‘ARK OF GABRIEL’: The Most Dangerous Weapon -The Ark of Gabriel, Antarctica, Russia and the Apocalypse (video) 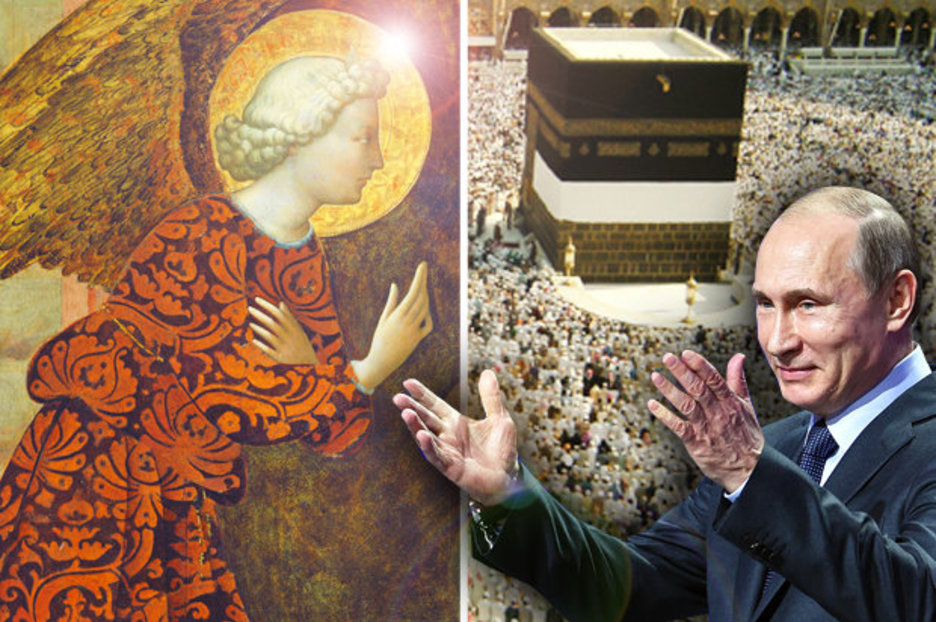 Wild rumours that a fabled device or weapon called the “Ark of Gabriel” has been found under the Masjid al-Haram Mosque – the holiest site in Islam – are sweeping across the darker corners of the internet.

Legend tells the Archangel Gabriel – who told the Virgin Mary she would give birth to Jesus and dictated the Koran to the Prophet Muhammed – also entrusted an ark or box of “immense power” to the founder of the Muslim faith.

Muhammed was told to bury the ark in a shrine at a “place of worship” – for it to be brought out as the end of the world approaches.

Paranoid survivalists believe Saudi Arabia has uncovered the ark during a major construction project at the Grand Mosque – and handed it to the Russians.

They claim the Russian military is taking the ark to the Antarctic – possibly to a former Nazi UFO base. 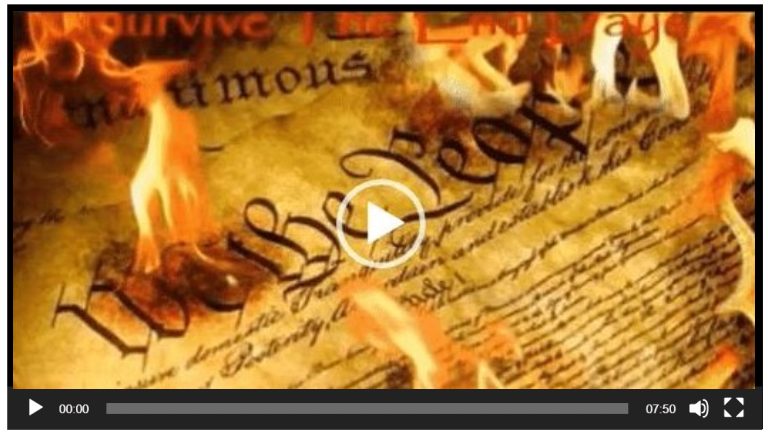 A blogger calling herself Sorcha Faal claims the Custodian of the Two Holy Mosques in Mecca contacted the Patriarch Kirill of Moscow – the head of the Russian Orthodox Church – to warn him builders found the mysterious box while working on a massive redevelopment of the Grand Mosque on September 11.

When the 15-man digging crew tried to remove the box, a huge burst of energy was emitted – instantly killing the team and toppling a huge construction crane – the Custodian apparently revealed.

A crane – owned by Osama bin Laden’s family’s construction firm – did fall at the Grand Mosque on that date – killing 111 worshippers – during a major revamp.

Related: 10 Divine Weapons Of The Gods 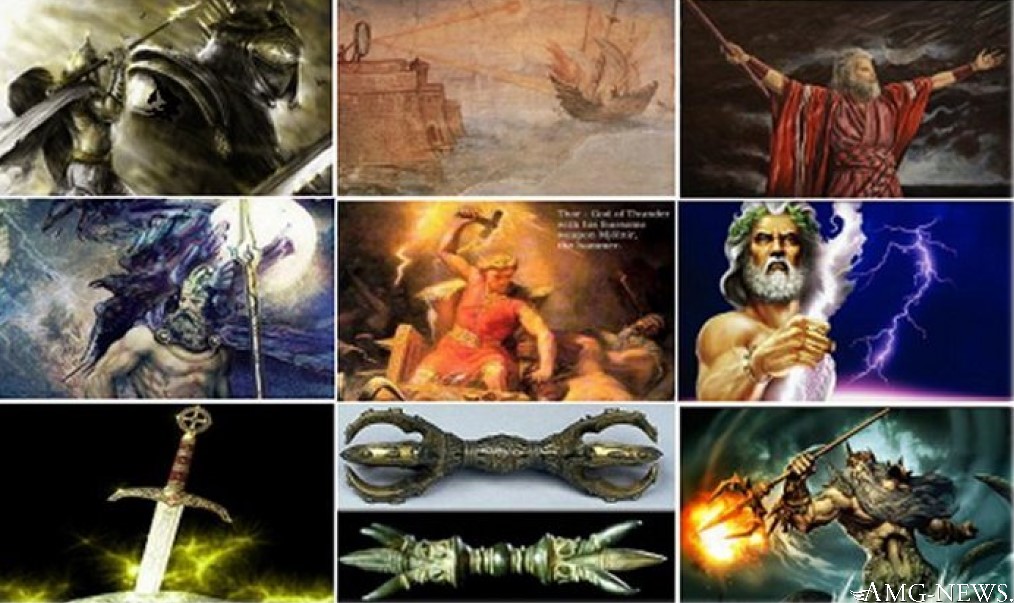 A second attempt to remove the ark on September 24 caused a massive “plasma emission” that resulted in more than 4,000 deaths – Sorcha Faal claims.

More than 2,000 were indeed killed in Mecca on that date – but the deaths were blamed on a stampede during the Hajj pilgrimage.

The death toll was originally significantly underplayed by Saudi authorities.

The Custodian reportedly contacted the Patriarch regarding an ancient Islamic manuscript – saved from Roman Catholic crusaders by the Russian Orthodox Church – entitled “Gabriel’s Instructions To Muhammad”.

The document – for which no other evidence exists – apparently tells how the Archangel entrusts the ark to Muhammed and told him to bury it at the “place of worship the angels used before the creation of man” until it would be uncovered in the days of “Yawm al-Qīyāmah” – which means “the Day of the Resurrection”.

Attention: The US is Facing The BIGGEST Threat Of The Century. . . An Event That May Leave 290 Million Americans Dead in its Wake! Video below:

Ms Faal claims to have seen a Russian military report detailing all of this.

On hearing the news, Russian president Vladimir Putin reportedly dispatched the naval research vessel Admiral Vladimisky to collect the ark from the Saudi port city of Jeddah – the gateway to Mecca – and take it to the Antarctic.

Two Russian battle satellites were launched to protect the Admiral Vladimisky and its precious cargo and a fleet of Russian warships, a salvage tug and oil tanker – carrying out manoeuvres in the Indian Ocean – have been ordered to rendezvous with it.

Bizarrely, some of this is TRUE.

The Admiral Vladimisky did call at Jeddah earlier this month on a “military-religious” mission.

The reason for its call to Jeddah has not been officially explained – with Russian media describing it somewhat mysteriously as a “business visit”.

“Food and water supplies were replenished to required norms.”

But eerily its cargo includes capsules of Russian soil to be placed in the areas of “military glory” and burial sites of Russian sailors.

The visit extremely unusual as international relations between Saudi Arabia and Russia are very poor.

The two are on opposite sides of the Syrian civil war – which many experts consider a proxy war between Saudi Arabia and other Arab Gulf states on one side and Iran and its ally Russia on the other.

Economists claim Saudi Arabia is forcing down world oil prices – by increasing production – to decimate the Russian economy as a result.

Russia did also launch two new military satellites shortly before the Admiral Vladimisky’s visit and four Russian warships were carrying out a drill with the Indian navy nearby – but timing is probably a complete coincidence.

Sorcha Faal – whose unsubstantiated Ark of Gabriel claims have spread like wildlife across the web – gives no reason why Saudi Arabia would give Russia the “weapon” beyond Islam and the Russia Orthodox Church’s shared enmity with the Catholic Church.

She also fails to explain why Russia would take the weapon to the Antarctic – beyond providing links to conspiracy theories about a “Nazi UFO base” at the South Pole.

Faal is thought to be a pen name used by David Booth – who operates the What Does It Mean website where the claims first appeared.

It seems unlikely that Booth – whose other beliefs include a prophesy that a mysterious hidden planet called Nibiru will smash into Earth by March 2016 – would have sight of any classified Russian military reports.

But apparent holes in the official accounts of the Grand Mosque crane disaster, Hajj stampede tragedy and the Admiral Vladimisky mission have left room for conspiracy theories to develop.

At a remote facility ringed with barbed wire, a brand-new array of 36 antennas rises from the black spruce forest that stretches hundreds of miles across central Alaska.

Completed December 1994 and now undergoing testing, the antenna field is the visible part of a powerful and sophisticated high-frequency radio transmitter designed to transform areas of the upper atmosphere into the equivalent of huge lenses, mirrors, and antennas. Read the full article HERE:https://amg-news.com/archives/3437