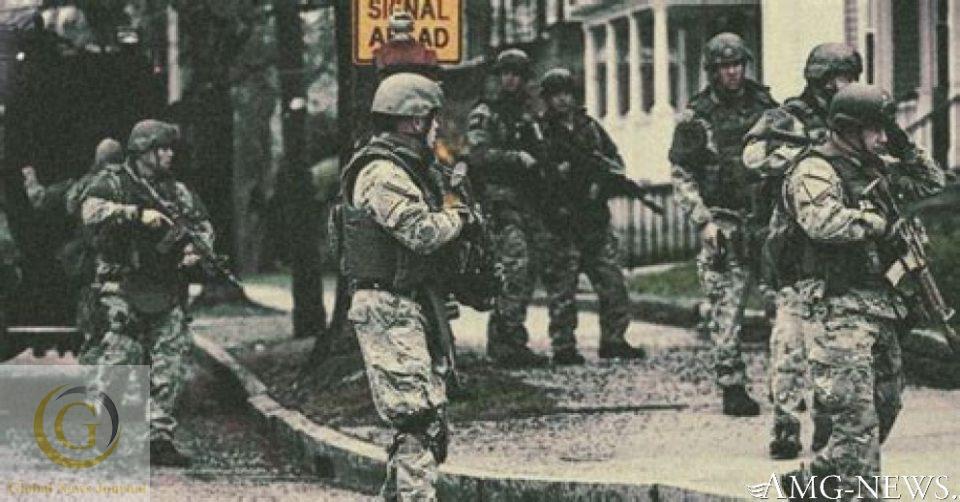 The world reels with the turmoil of Covid-19, war, geological disaster, and economic collapse, while Americans continue to submerge themselves in illusions of safety and immunity. While rights are sold for security, the federal government, swollen with power, begins a systematic takeover of liberty in order to bring about a New World Order.

Neighbor is turned against neighbor as the value of the dollar plunges to zero, food supplies are depleted, and everyone is a terror suspect. There are arrests. Disappearances. Bio attacks. Public executions of those even suspected of dissent.

Even rumors of concentration camps on American soil. This is the backdrop to an unfolding story of resistance. American militias prepare for guerilla warfare. 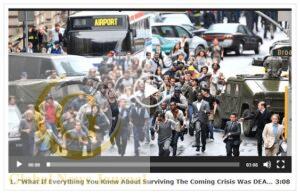 There are mass defections from the military as true Patriots attempt to rally around the Constitution and defend liberty, preparing a national insurgency against federal forces, knowing full well this will be the last time in history the oppressed will be capable of organized resistance.

It is a time of transition, of shifting alliance, of mass awakening and mass execution. It is an impending storm, an iron-gray morning that puts into effect decades of over-comfort and complacency, and Americans wake up to an occupied homeland.

It is a time of lists — black list, white list, and those still caught in the middle, those who risk physical death for their free will and those who sell their souls to maintain their idle thoughts and easy comforts. It is in this Gray State that the perpetuation of human freedom will be contested, or crushed.

The Signs Martial Law is Coming

1. Arms build up within the government. I’ve read and seen article after article on this and the buildup of arms within the US government has definitely accelerated at breakneck speed. You have to ask yourself why all of these governmental agencies are arming themselves. What are they afraid of or planning to do with those armaments?

The DHS has purchased 2.2 billion rounds of ammo, acquired 2700 armored personnel carriers, has 100,000+ armed enforcement agents and has acquired thousands of military vehicles. Almost every department of the government from the US Postal Service to the Social Security Admin to the national weather service, all have purchased weapons, immense amounts of ammo and they all have their own swat teams. Why do they need this unless they expect to have a war on their hands?

2. Indefinite detention is now legal. The National Defense Authorization Act was passed by Congress allowing the arrest and imprisonment of an American citizen on US soil without habeas corpus. And we can now be held indefinitely without due process. This one act is usually the first thing that’s taken away with martial law—and it’s already gone. 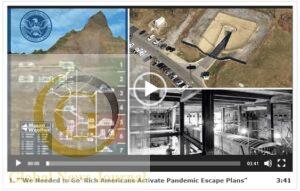 3. Americans can now be murdered “legally” by this President. Drones have been used on the President’s approval to kill Americans that were not convicted of a crime or act of terrorism, and who were not even involved in such an act. These killings include a 14-year-old American youth who was merely riding in a car. The memo that was used to justify these murders overseas has come out and it is blatantly unconstitutional.

4. The DHS mission has now changed to one of domestic terrorism. The Department of Homeland Security recently sponsored a study which proclaims their mission is no longer foreign inspired terrorism. They’re now focusing on domestic terrorism by Americans against the US. In other words, they are now targeting law abiding Americans who are worried about their own government. The government views those of us who feel this way as the “new terrorists” to be dealt with.

The government also sees armed forces veterans as potential resisters as 90 percent of the armed services are not in alignment with the agenda of our socialized government. So the armed forces and the vets must be neutralized.

5. Local police forces are being federalized (in violation of the 10th Amendment). All sorts of used military equipment is now being transferred to these city departments. Through this process the DHS will end up acquiring a national police force to enhance its already considerable national manpower to enforce martial law.

6. Police forces are now engaging in consistent swat attacks for minor offenses. Last year alone it is estimated that 80,000 unannounced SWAT  team invasions of homes occurred in the US. These involved breaking down doors, concussion grenades and the deaths of many pets and innocent occupants including many children who have also been injured or seriously traumatized.

7. Limited-edition martial law lockdowns are happening throughout the US on a regular basis. The lockdown declared in Watertown area after the Boston bombing was a sort of “beta test” of the martial law process. During this attack innocent occupants of homes were forced onto the street with no opportunity to grab clothes, flashlights, cellphones or turn anything off inside their houses. They were forcefully made to place their hands behind their heads as they were crowded together.

Simulated “terrorist war games” are now being held in many big cities as local police, DHS, and National Guard units all swarm in with helicopters and overwhelming firepower designed to make average citizens yield in fear the state.

Also: Guantanamo Bay is Ramping Up: Indictments, Arrests and Executions 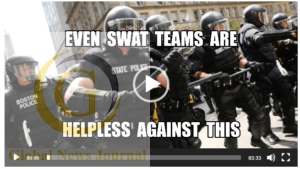 8. The President is already acting like a dictator. He now routinely disobeys and refuses to enforce laws he doesn’t like. He rewrites laws on his own that have been passed by Congress. He instructs the government to increase hardship on the American people for political reasons. He uses the IRS and other agencies to target and punish his enemies. He flaunts and simply ignores all the investigations into his law breaking.

He has opened the borders telling our agents to stand down. Thousands upon thousands of illegal aliens (especially children) have been wooed in the Central American by the CIA, and escorted to our borders by paid guides (paid by the CIA) who have been told they won’t be asked to leave if they can get here. Aliens who have all sorts of diseases which is creating a humanitarian crisis. He has also invited the UN in to deal with this crisis (which is another act of giving away our sovereignty.

And of course he has now written his own laws saying that these illegals have more rights than US citizens. They can get driver’s licenses, travel freely within the country, get society security cards and aid if they have no money. He’s also rewriting US foreign policy towards countries like Cuba and Iran with virtually no oversight allowed of Congress.

9. Many martial law orders are already in place. This is an extremely compelling argument that we are on the edge of this declaration. It has already been planned and it will be totally “legal” when it happens. Multitudes of redundant executive actions can quickly be enforced and they will thoroughly lock down the country and put virtually everything under the President’s control. And I mean everything. Here are a few of these orders:

A. National Defense Resources Preparedness executive order- .Signed in 2014 this order puts the US in a permanent state of martial law. It can be activated whenever he chooses. It expands his authority allowing the government to take over and control every resource. Martial law can now happen during peace time. The entire economy comes under the President’s direction. Anything produced can be taken by the government. All private companies can be seized and what they are allowed to produce will be fully under government control.

Also: Free National Prayer Gold Coin for American Patriots – How to Get It 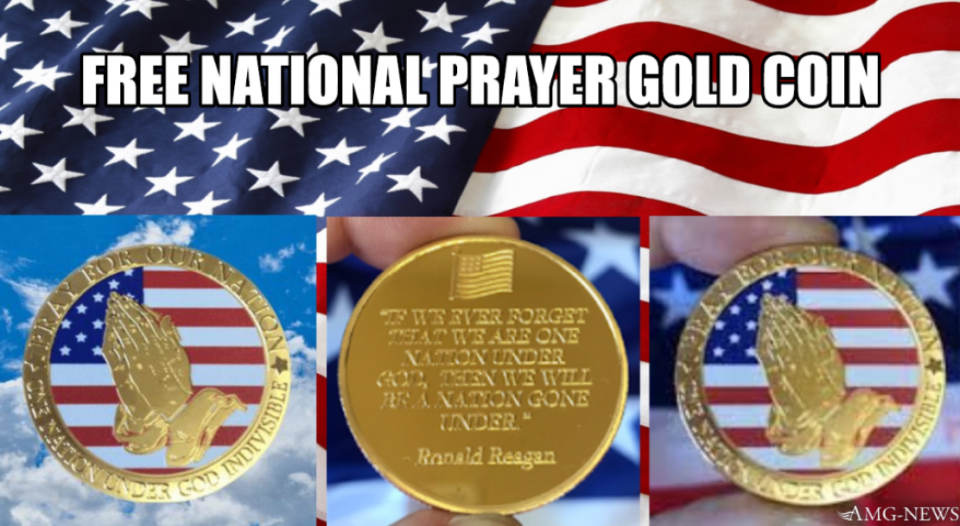 B. Executive Order 10995: All communications media will all be seized by the Feds. The First Amendment is to be suspended indefinitely.

C. Executive Order 10997: All electrical power, fuels, and all minerals well be seized.

D. Executive Order 10998: All food resources will be seized by the government. You will not be allowed to hoard. If they find it they take it.

E. Executive Order 10999: All modes of transportation, including all vehicles can be seized by the government.

F. Executive Order 11000: All civilians can be made to work under federal supervision.

H. Executive Order 12919: Cabinet officials will take over all aspects of the US economy at the direction of the president.

I. Executive Order 13010: FEMA to take control over all government agencies in an emergency.

L. Executive Order 13603. allows Labor Secretary to oversee a coming civilian draft. In 2008 Obama stated “we need to construct a national civilian security force that is just as powerful, just as strong, just as well funded” (as the military). Sounds like the SS under Hitler.

Dave Hodges says: “To fully understand the relationship that will exist between yourself and the government, Google “Executive Order 13603″. The reasons behind the creation of Executive Order 13603 will soon become readily apparent. You will retain ownership over nothing including food, water, guns, ammunition, your house, your car and even yourself.

If you survive, you will be conscripted to work in some capacity in a specialty and location not of your choosing. The provisions for dealing with potential dissidents will go into motion under the NDAA which allows for mass arrest and secret incarcerations without due process. There is one ironclad thing that you can count on, food and water will be used to control the people following the collapse of the dollar.”