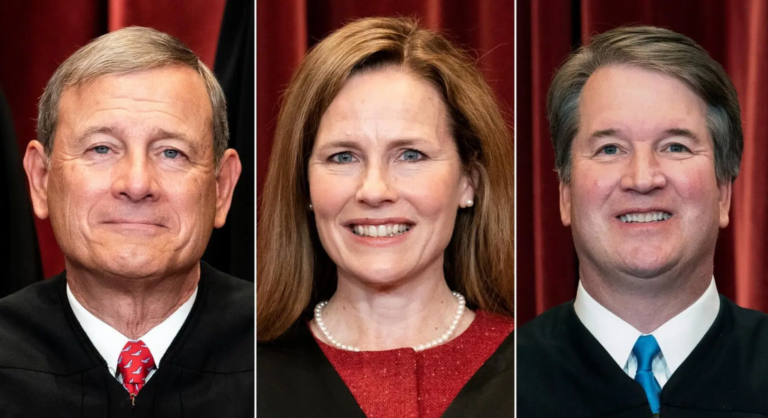 The Supreme Court on Monday rejected a lawsuit from gun rights groups to challenge a ban on bump stocks.

“The decision not to hear the two related cases, a blow for gun rights activists, leaves the ban in place. The conservative-majority court issued a major ruling in June that expanded gun rights, although the legal issues in the bump stock cases were different,” NBC News reported.

“The ban, implemented by the Bureau of Alcohol, Tobacco, Firearms, and Explosives, went into effect in 2019 after the Supreme Court declined to block it. Since then, the already conservative court has tilted further to the right, with conservative Justice Amy Coney Barrett, a Trump appointee, replacing liberal Justice Ruth Bader Ginsburg, who died in 2020,” the outlet added.

The bump stocks challenge, however, did not deal directly with the scope of the right to bear arms under the Second Amendment. The challengers instead said the government did not have authority to ban bump stocks under the National Firearms Act, a law enacted in 1934 to regulate machine guns. In 1968, the Gun Control Act expanded the definition of machine gun to include accessories “for use in converting a weapon” into a machine gun, and the ATF concluded when it issued the ban that bump stocks meet that definition.

The groups challenging the ban said the legal definition of machine gun has been distorted beyond recognition and argue that courts should not defer to the federal agency’s interpretation.

RELATED: The Supreme Court In The US Has Ruled That The Covid Pathogen Is Not A Vaccine, Is Unsafe, And Must Be Avoided At All Costs – Supreme Court Has Canceled Universal Vax

The court turned away two related appeals, one brought by Clark Aposhian, a Utah gun lobbyist who had purchased a bump stock before the ban took effect, and another led by Gun Owners of America and other gun rights groups. Lower courts upheld the ban, although judges on the Denver-based 10th U.S. Circuit Court of Appeals and the Cincinnati-based 6th U.S. Circuit Court of Appeals were divided in both cases.

To say this is a disappointing result would be putting it mildly, and there most certainly will be consequences to the justices’ refusal to hear either case. The Biden administration has already used the same executive authority that then-President Trump used to direct the ATF to craft its bump stock ban to target unfinished frames and receivers sold in DIY gun-making kits, and the Court’s inaction will only embolden anti-gun officials and the gun control lobby to further abuse the scope of executive branch authority to impose even more gun control laws that don’t have enough support to win congressional approval.

The decision is also very bad news for the hundreds of thousands of Americans who lawfully purchased bump stocks before the ATF suddenly reversed course and declared them to be machine guns. Possession of a bump stock is now the same as possessing a machine gun in terms of federal law, which makes any gun owner who still owns one of the devices subject to a $250,000 fine and the possibility of up to a decade in federal prison.

Back in June, the Supreme Court issued its most significant pro-Second Amendment decision in nearly two decades when justices ruled 6-3 that New York’s concealed carry law was unconstitutionally restrictive.

►This is ‘The Safest House in America’: How to Protect Yourself, Your Family, and Your Home. Video below: 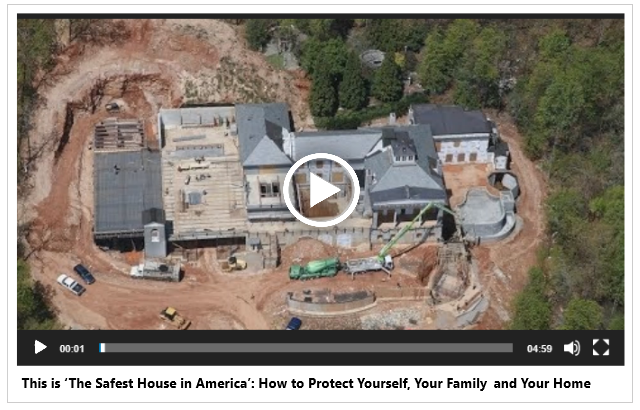 The ruling, experts say, is significant because it means similarly restrictive concealed carry laws, limited primarily to blue states, are also likely to be successfully challenged.

The Second Amendment “protect[s] an individual’s right to carry a handgun for self-defense outside the home,” Justice Clarence Thomas wrote in the majority opinion for the ruling.

But this major case wasn’t the high court’s only Second Amendment ruling, and in fact, SCOTUS likely opened the door to much of the expected new litigation.

SCOTUS also instructed federal appeals courts to take a new look at laws in California and New Jersey that put limits on the number of rounds a magazine can hold.

In 2018, New Jersey Gov. Phil Murphy signed Democrat-passed legislation that limits magazines to 10 rounds of ammunition rather than the 15-round limit that had been in place since 1990. A lower court had already upheld the law.

Act Now to Save the Second Amendment!

Visa, Mastercard, AmEx to Begin Categorising Sales at US Gun Stores: ALL DATA WILL BE GIVEN IN REAL TIME TO AUTHORITIES, WHO WILL MATCH WITH OWNERS GUN RECORDS-THIS WILL BE CARRIED OUT BY AI DRIVEN ALGORITHMS,VERY NEFARIOUS!

Visa’s decision on Saturday is a major win for gun control advocates who say it will help better track suspicious surges of gun sales that could be a prelude to a mass shooting.

But gun rights advocates have argued that step would unfairly segregate legal gun sales when most sales do not lead to mass shootings.