The Deep State and “Elite” WANT to get caught! They WANT you to see their FRAUD and COVID Crimes against Humanity 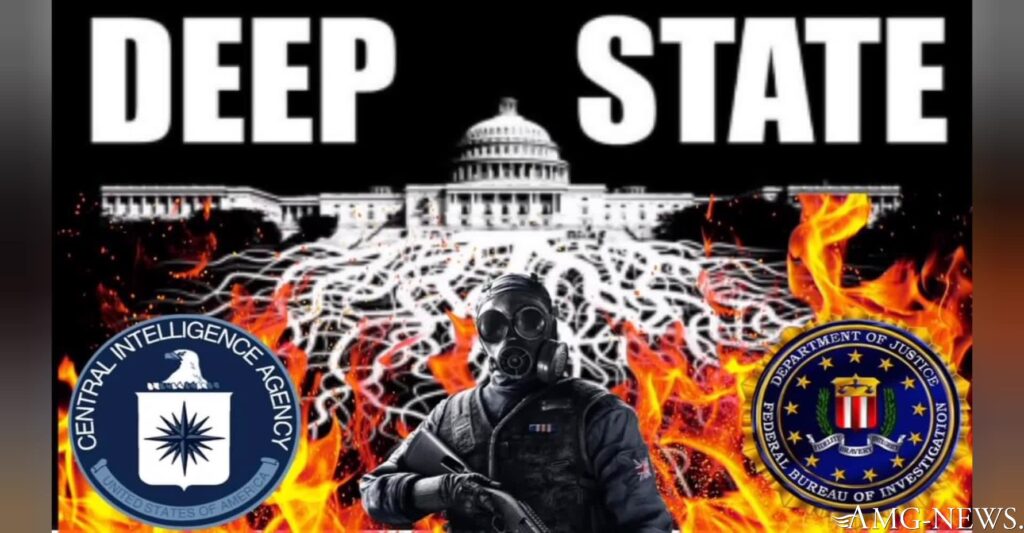 I was having a conversation with someone not long ago about a case in Rome of a priest (Fr. Thomas Williams) who kept a female concubine/baby mama (Liz Lev) for many years, and how openly and shamelessly Fr. Williams and Liz Lev carried on their sacrilegious fornication. The person I was visiting with then postulated that either Fr. Williams, Liz Lev, or both of them WANTED to be caught, wanted to be exposed, wanted people to know the truth, even though they both were inveterate, dead-eyed, facile liars whenever confronted about their brazenly scandalous conduct.

Must-Read: Crimes Against Humanity, List of Indictments, Arrests and Executions

I assured him that he was in fact correct, they DID want “to be caught”, but not for the reason he thought. He thought that they wanted to repent, to have the burden of their guilt lifted from them. Would that it were so. That would indicate even a flicker of psycho-spiritual normalcy. Sadly, the reality is exactly the opposite, and we see this today all around us, but most especially in the realm of politics, and the Antichurch.

The hideous truth is that Diabolical Narcissists / sociopaths / psychopaths have no interest in repentance, reform or apologies. DNs define themselves by, and their entire warped psycho-spiritual existence revolves around, the notion that they are superior, a separate caste, distinct from and above other human beings. They are “the elite”. They are “oligarchs”. They are a “nouveau-aristocracy”. One of the main ways that this psycho-spiritual psychosis expresses itself is in terms of the law, and the Rule of Law. Hence the wildly disproportionate numbers of these demoniacs in government. (Remember The Barnhardt Axiom: seeking and/or holding public office, especially national-level office, is, in and of itself, proof that a given person is psychologically and morally unfit to hold public office.)

Recommended: President Trump and the “Deep State” The Government Strikes Back 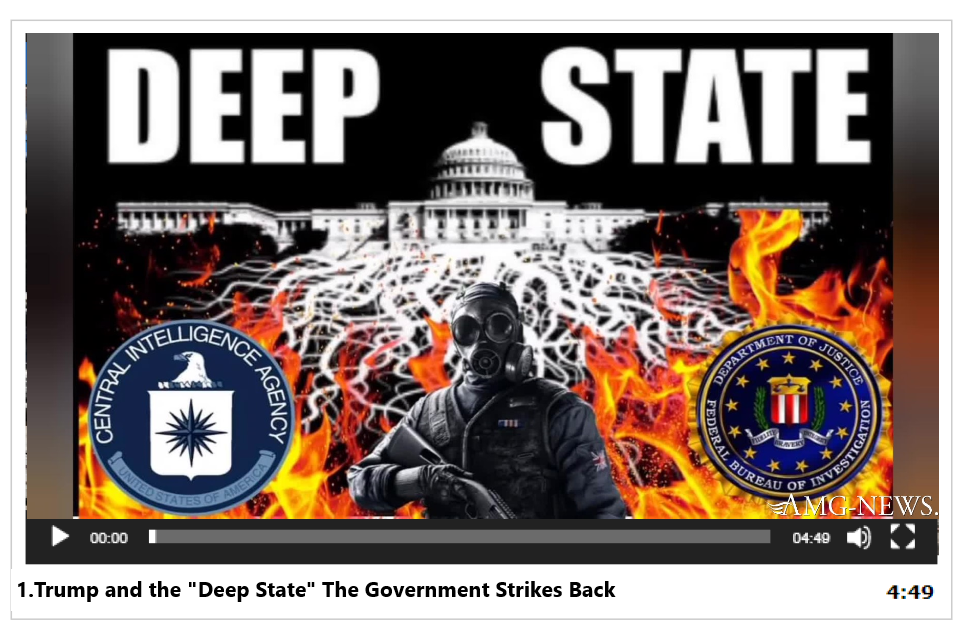 Have you noticed that the further a government descends into tyranny and evil, the thicker and thicker the code of statutes becomes? On the surface, one would think that flagrant law-breakers in positions of power would tend toward anarchy, removing the “roadblocks” from the law that might jeopardize or imperil them as they pursue ever-increasing levels of power through criminal activity. This is exactly wrong. DNs, because they define themselves as “elite”, need a metric against which to measure and quantify their “eliteness”. That metric is The Law, specifically the extent to which The LAW DOES NOT APPLY TO THEM.

It is precisely for this reason that DNs tend to be VERY enthusiastic about law qua law in a Pharisaical and tyrannical sense – because every new law is yet another potential way for the DN to manifest their superiority and otherness – by dispensing themselves from it. DNs wallow in hypocrisy like hogs wallow in fecal mud. If there were no law for DNs to dispense themselves from, there would be no distinction, no “otherness”, no over-and-aboveness relative to the unwashed masses.

This is why satan and the demons are, in fact, legalists. They do not “love the law” in the good and healthy sense that we see and hear so often in scripture, and contemplate in the Fourth Joyful Mystery of the Rosary- the Presentation of Our Lord in the Temple, but in the sense that it is the law – and their shamelessly hypocritical flouting and breaking of it – that defines and “elevates” them above not only mankind, but also above the non-fallen angels, in their sick, warped, loveless rational intellects. And remember, DNs are the human analogues to demons.

But wait. It gets worse.

When DNs are confident that they have enough power, be it over a small group of people (family members, co-workers, social circle, cult), or on a macro scale, such as in a government, large corporation, or The Church, they will become progressively more bold and VISIBLE in their crimes in order to generate ever-higher amounts of diabolical narcissistic satisfaction. 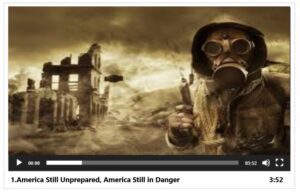 Now here is where it gets interesting. For DNs, the commission of their crimes and malefactions themselves are NOT the most potent source of diabolical satisfaction. No – the real rush, the “high” that they crave more than anything is THE GETTING AWAY WITH IT. Specifically, DNs luxuriate in watching other people, whether it be out of fear or sycophancy, pretend to not see, or better yet lie to cover, or even better yet, positively defend and justify, their crimes.

Must-Read: Crimes Against Humanity, List of Indictments, Arrests and Executions – This Revolution Will Not be Televised!

Having planned and fantasized about his malevolent actions, the DN will watch and study those around him in the aftermath. Every instance of “looking the other way” the DN sees gives him an even more intense rush, because to look away from his crimes is to capitulate and submit to him – an even more complete capitulation than the actual victim. Every lie that a sycophant tells to cover for the DN is a rush. Every groveling justification made on the DNs behalf for the DNs unjustifiable, or even criminal behavior, is like the rush of a drug – and far more psycho-spiritually potent than the initial act itself.

If your mind is cross-referencing islam, dhimmitude and the jizya tax, you’re right on.

If your mind is cross-referencing to the CoronaScam, yessir.

If your mind is cross-referencing to Antipope Bergoglio and his uncontested war against God and His Holy Church, you’re right on.

Do you now understand what drives Hillary Clinton, and what the whole “homebrew email server” thing was about?

That was entirely about flouting the Rule of Law – consequences to others be damned, up to and including getting people killed. Then Clinton, knowing full well that she is untouchable AND guilty as sin, sat back, watched, and luxuriated in the fact that her crimes, plastered all over the media, resulted in exactly ZERO consequences, while any other person would have been sent to prison for DECADES for doing exactly what she did.

What is going on now simultaneously with CoronaCold, the Masonic Burqa of Submission, and the lockdowns AND the obvious, open vote fraud in the 2020 election is exactly this – they want you to see, know, and GIVE UP. It is your giving up that is their ultimate psycho-fetish.
Do you understand what drives Antipope Bergoglio? Bergoglio knows EXACTLY what he is doing, and the consequences his actions are having, and he luxuriates in the fact that there are no consequences to him. The remaining handful of so-called “conservative” Cardinals and Bishops (excepting +Viganò) are capitulating to him by looking away and remaining silent, and scores of others are lying and putting forth mendacious justifications on his behalf. And Antipope Bergoglio wallows in his porcine diarrheal mud sty, loving every second of it.

When a DN looks you in the eye, either in person, or on camera, and lies to your face, he thinks that you should be GRATEFUL to him for deigning to speak to you at all.

When a DN commits a crime against you, he thinks you should be GRATEFUL to him for tolerating your existence at all, and that you should come back for more abuse and be grateful for it, because you are, after all, a lower form of life.

This is why the pathological effeminacy of our culture is super-fuel for DN tyrants. They are watching you. They are watching your utter passivity, and it feeds them. The musloids are watching as the men of Europe literally stand and stare as they rape their women and children in front of them. The Deep State regime is watching you as they destroy your culture and stoke Civil War in front of you. Antipope Bergoglio and the fags and Freemasons behind him are watching you as they scourge Christ and rape His Bride in front of you, and you defend him, and thank him for it – and continue to defend the lie that he is the Pope or ever was. They are all watching others actively and even enthusiastically defend and justify their wicked, heinous crimes, and it feeds them.

‘»»»The Second American Civil War is Underway. Video below: 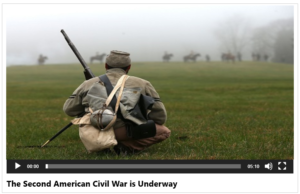 And it will only get worse from here, on a quadratic escalation curve, because once these people have power and momentum they never, ever back off. They are like sharks frenzying in chum. Soon mere lying, mere treason, and mere contract killing will not generate a sufficient rush of diabolical satisfaction. Soon, as with Lenin, Stalin, Mao and Kim, they will only be satisfied by committing their crimes in full, open view, as in public executions, “shoot on sight” orders, and then demanding not just your capitulation, but your undying gratitude. “It was FOR YOUR OWN GOOD.”

So yeah, they want to get caught. They all want to get caught. But not because they have any interest in repentance or reform. They want you to see them break the rules, break the law, disenfranchise, enslave, and kill you, and then watch you fold in front of them and prove, once again, how vastly superior to you they are.

From the Web:
(Originally penned and posted 7 November, ARSH 2020, when any thought or mention of national edicts of the Death Injection being required in order to be employed was called “tinfoil hat conspiracy theory”.)

— U.S. Veterans are Preparing For War – Patriots Call to Duty!